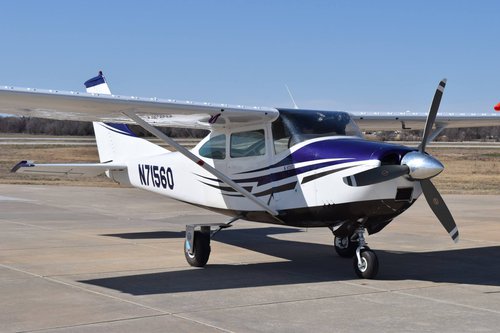 Our jump plane.  A wide-body Cessna 182 with engine and propeller upgrades, affectionately known as "560".

The K-State Parachute Club has been jumping since 1964.  We are an officially registered student organization of Kansas State University, and we are the only collegiate parachute club in the United States which owns its own airplane and runs its own dropzone.

Besides our weekly jump operations for licensed skydivers, we offer tandem skydives, solo skydive training, and professional exhibition jumps.  All of our instructors hold instructional ratings with the United States Parachute Association (USPA) and have hundreds if not thousands of jumps.